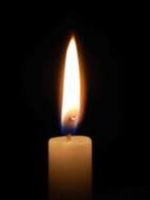 It is with great sadness that the family of Chester (Chet) Halpern announces that Chet passed on quietly in his sleep on September 6, 2019 after a prolonged battle with metastasized lung cancer. Chet was a long-term resident of Sarasota Springs. He was born and raised in Weehawken, New Jersey and was a graduate of Rutgers University with a degree in business. Once of legal age, Chet volunteered for the Navy, and served as an Electronics mate on a destroyer escort during the final days of WW II.

After his service, Chet returned to New Jersey where he was a partner in West New York Lumber and Supply until he moved to the east coast of Florida in 1969.Chet relocated to Sarasota in 1973, where he was the owner of CHI, a home building company. Chet was an avid sailor, and was active with and a former commodore of the Sun Coast Yacht Club.

Chet will be interred on September 11, 2019 at a graveside service at the family plot in Riverside Cemetery, Saddlebrook, New Jersey.

Hebrew Memorial Funeral Services of Sarasota is serving the family